This stable expression reflects the deep speculative feature of virtually all financial markets, including the foreign exchange market, without understanding which it is difficult to profitably trade. 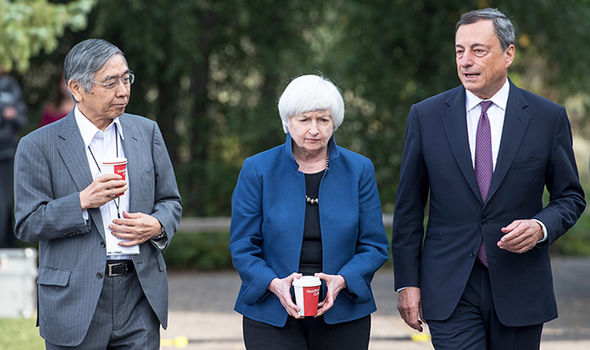 The mechanism is that market participants are currently beginning to consider the likelihood of future changes in the value of a currency or other asset based on an analysis of available information, rumors and future events.

The reasons for this can be very different – from the dynamics of economic indicators, statements by central bank officials to analytical articles in mass media.

Traders begin to buy (sell) the asset in the hope that its value will increase (decrease) and thereby launch a “wave”, which is actively joined by other traders. The market is trying to look into the future and take into account the future value as early as possible. This approach is used by market participants to almost any event that can affect the value of the asset in the future – political events (elections, military conflicts, appointments, crises), economic events, natural disasters (earthquakes, floods) and so on.

The most important and widespread “hearing” in the currency market is the expectation of interest rate changes. If the market expects an increase in interest rates, it threatens the currency market with a significant increase in the national currency. The task of traders is to have time to acquire an asset at a starting price, as early as possible, in order to maximize its profit at the end. 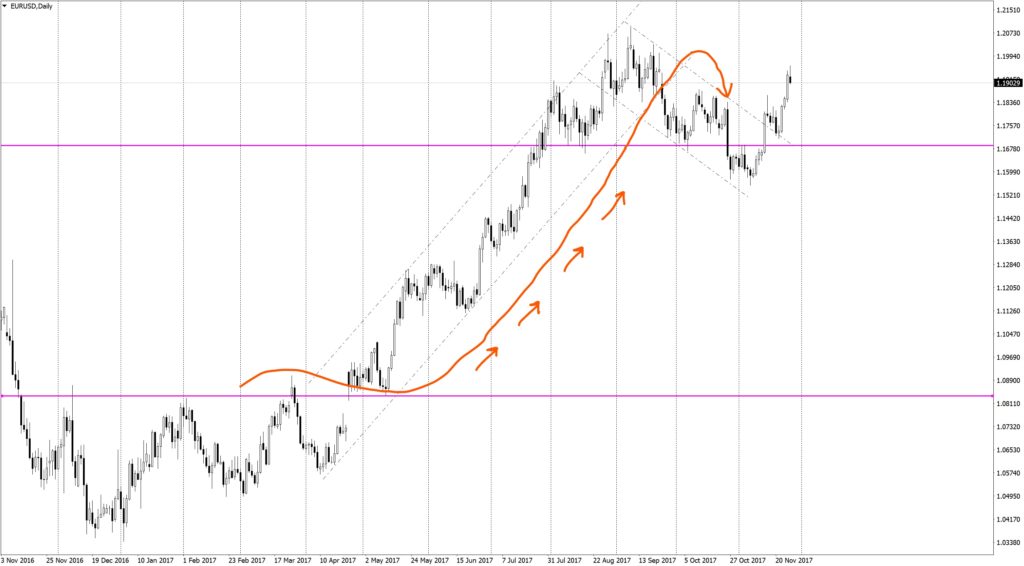 Principle “buy the rumor, sell the fact” on EURUSD Daily

As can be seen on the graph, the EURUSD pair was actively growing on expectations of tightening monetary policy from the ECB. The trend was supported by improving economic data from the eurozone, and especially from Germany, as well as inaccurate statements by ECB officials. However, the main indicator on which the ECB’s mandate is based – inflation, remained unchanged.

Such a move is usually continued until market participants find that the value of the asset already corresponds to that level, as if the event had already happened. This is reflected in the expression “this news is already included in the price.” It remains to wait for the fact itself. In case the news is confirmed, the market driver disappears and traders fix the profit in anticipation of new drivers. 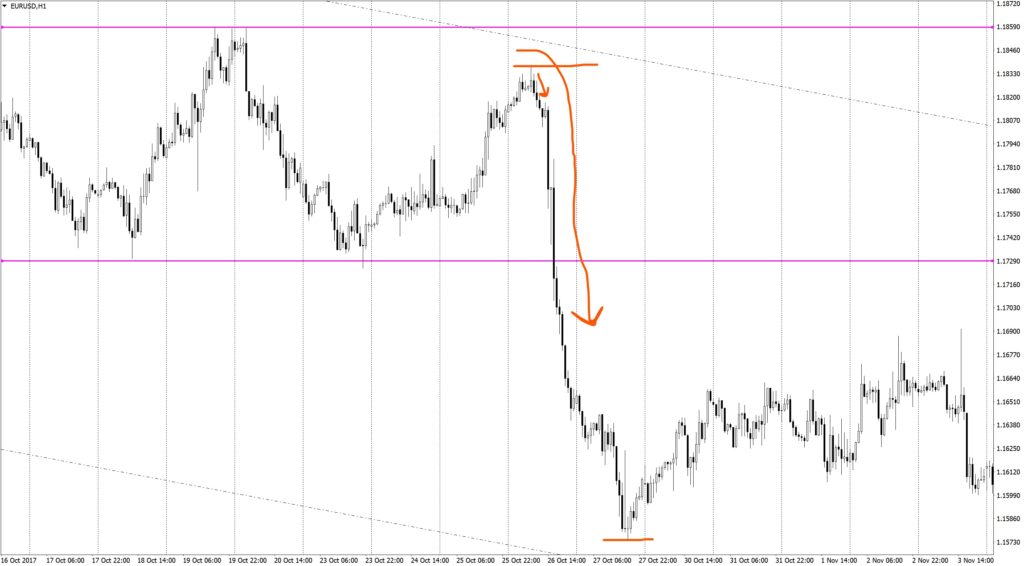 Principle “buy the rumor, sell the fact” on EURUSD H1

The graph (D1) shows that the most experienced traders began to take profits at the highs, but the market tried to go two more times. At the time of the event (H1 schedule), it was announced that the volume of purchases of assets from the ECB decreased (QE reduction), which in itself is a strong bullish factor for EUR, but traders met the news with active sales of currency. 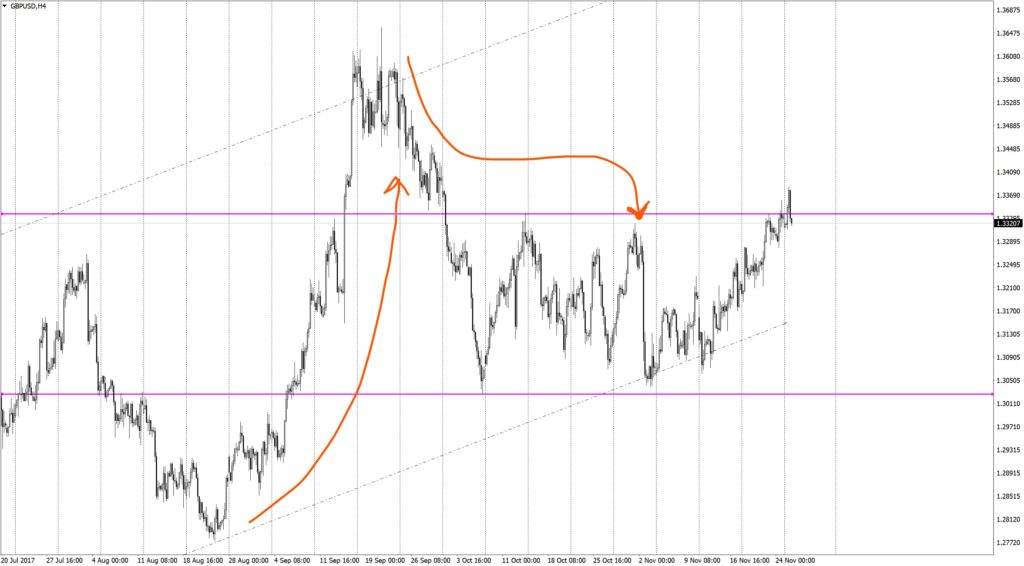 Principle “buy the rumor, sell the fact” on GBPUSD H4

As in the case of EURUSD, as soon as the market participant drove the GBP to the point where “the rate hike was already included into prices,” the pair moved on to consolidation. At the time of the fact – on 02.11.2017 at the BOE meeting it was decided to raise the rate from 0.25% to 0.5%, which is a bullish factor for the currency, but traders began actively selling GBP and fixing profits. 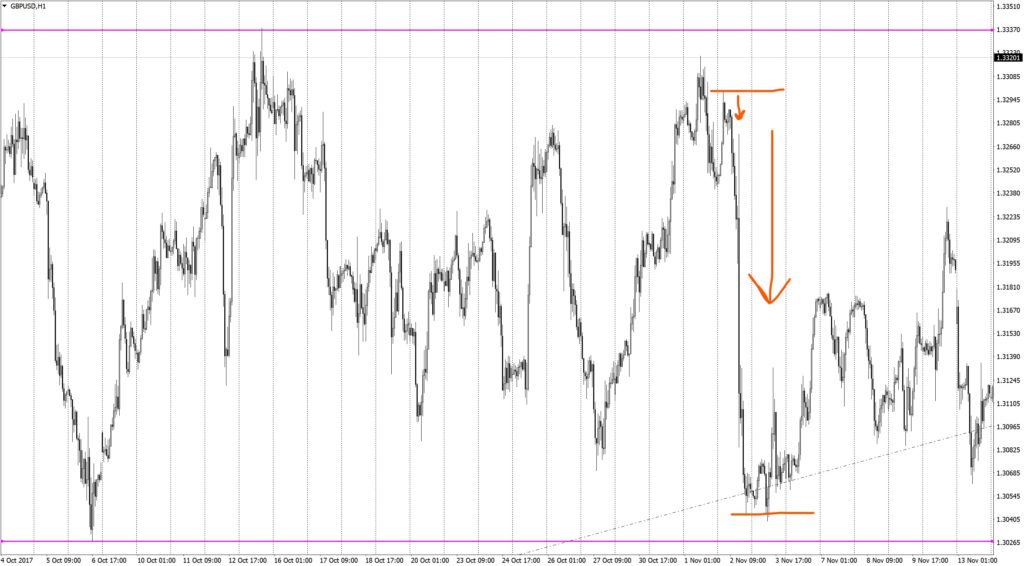 Principle “buy the rumor, sell the fact” on GBPUSD H1

Financial markets are much speculative and the expression “buy the rumor, sell the fact” reflects this essence as well as possible. Central banks and regulators are actively using this feature. In their statements, press conferences and documents, they “hint” about a possible decision in the future or direction of discussion of a particular issue. Thus, they prepare the markets for a possible solution in the future, depriving them of a surprise factor and reducing the possible excessive volatility at the time of making decisions. That is why all actions of regulators and their leading officials are closely monitored and analyzed – traders are looking for new drivers or confirmation of the current trend in the market.

There is a lot of psychology in this behavior of traders, which makes the markets extremely difficult to predict, especially for long periods. And it leads to the question of the independence of financial markets. After all, large banks – the main participants of the currency market, are dependent on central banks and regulators. Perhaps they have ways to get information before others. And do you think all market participants are equal in access to information, or does it completely follow the will of regulators and major players?

(3 ratings, average: 4.67 из 5)
Leave comments. Ask questions. Subscribe to the newsletter on the main page of the FXTAA.com and you will be the first to learn about the release of new materials on our site.
Be prudent, observe risk management and trade in a plus.
SUBSCRIBE TO OUR NEW ARTICLES
(Visited 195 times, 1 visits today)