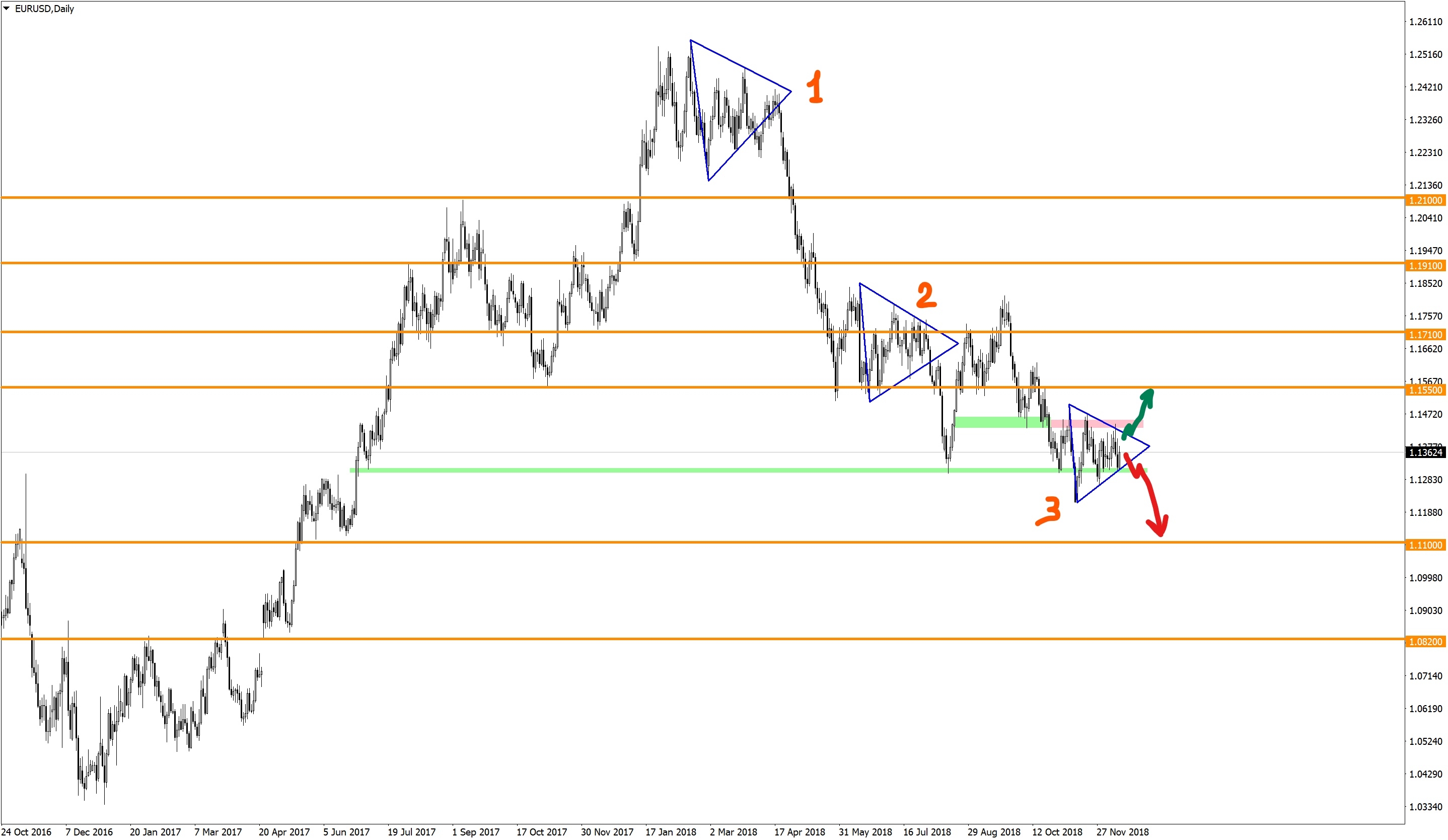 On the EURUSD currency pair, the figure of technical triangle has also formed.

The triangle is clearly distinguishable on the daily timeframe and this gives additional strength to the technical figure.

This is the third long-term triangle formed in this cycle of the decline of the euro against the US dollar. As you can see on the chart above, the exit from the previous two triangles was very volatile and led to long and directional price movements.

On the 4-hour timeframe, we see that the price has already interacted twice with the boundaries of the technical figure, which suggests that traders attach particular attention to the inclined trend lines that make up the edges of the triangle. 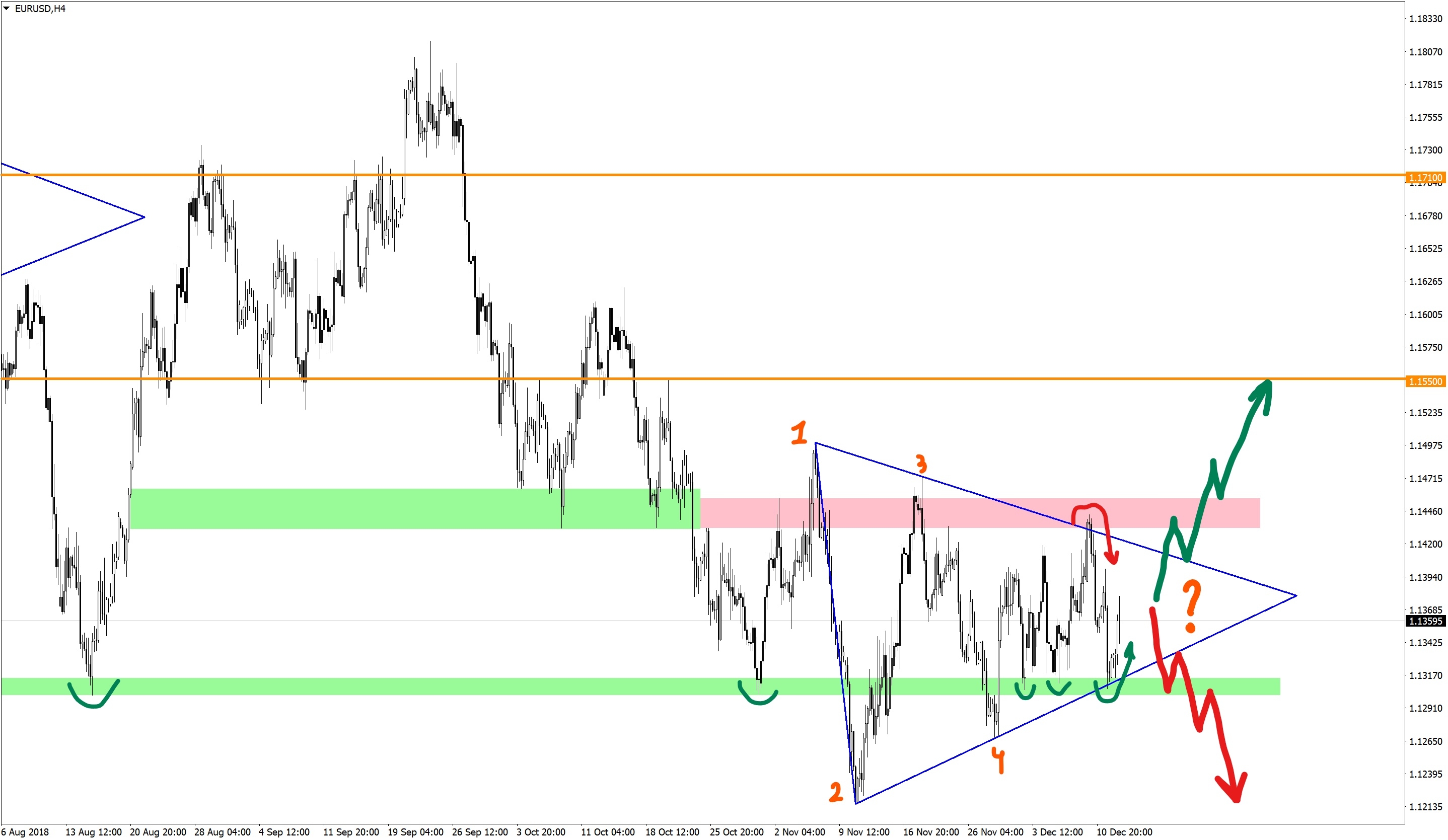 The upper edge of the triangle passes near the mirror zone of resistance, built around the level on the value 1.14500 (pink zone).

We expect that the exit from the triangle and the price fixing above one of its edges will attract additional traders in the direction of the breakdown, which will increase the volatility and movement strength.

However, this requires a reason. Perhaps tomorrow’s meeting of the ECB and will be a similar incentive. This is a long-awaited meeting in which Mario Draghi is to announce the end of the QE program in the Eurozone. However, the economic data of the Eurozone is far from good, so some experts expect the ECB’s stimulating policy to continue.

Also, do not forget that the trend for the growth of the dollar is still in force, and any consolidation is more likely to end with the continuation of the trend.

At the same time, the figure of triangle often plays the role of a reversal figure. It was from her that the trend for the growth of the euro in the spring of this year reversed – triangle No. 1 on the daily chart above.

In any case, traders need to closely monitor the price interaction with the triangle boundaries, and how to work on forex in triangles you can read in the article “How to trade in triangles on forex”.

(No ratings yet)
Leave comments. Ask questions. Subscribe to the newsletter on the main page of the FXTAA.com and you will be the first to learn about the release of new materials on our site.
Be sensible, put stops and trade in a plus.
(Visited 41 times, 1 visits today)