The agreement between US  and China at the last G20 summit led to a decrease in tensions in financial markets. The risk appetite led to demand, including for the single European currency. However, the long-term trend of the US dollar growth on forex is still in force. 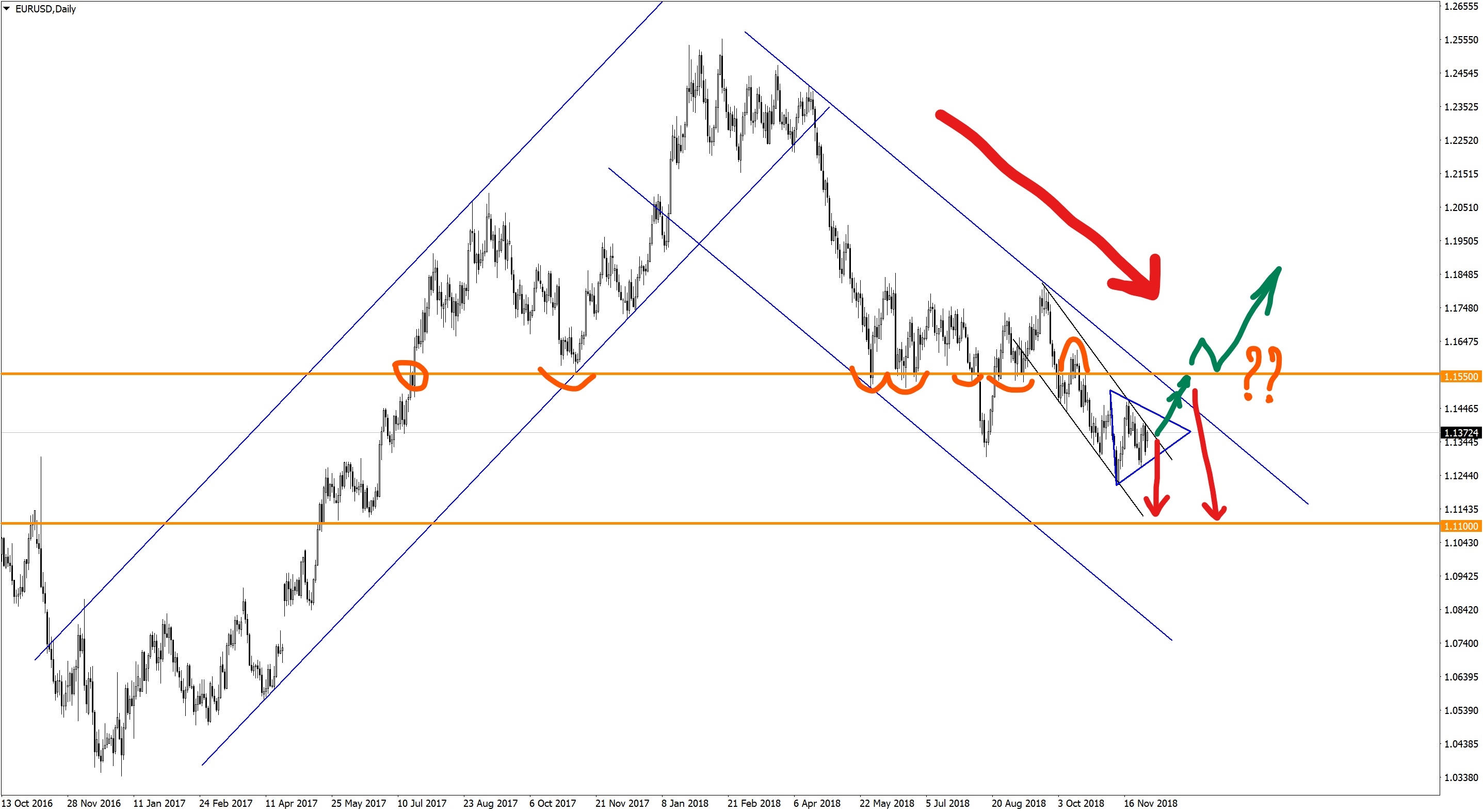 What technical levels do traders of the EURUSD pair need to monitor in the foreign exchange market?

From the analysis of the daily chart of the EURUSD currency pair it can be seen that the closest target of the bulls for the US dollar is the long-term level on the value of 1.1100. The immediate goal of the correctional movement of euro buyers is the long-term level of 1.15500. And only after the price is fixed above this level, it is possible to speak about a trend reversal for the euro decline. Till this level, any increase in the euro will be a correction to the main trend movement.

On the 4-hour timeframe of a pair, we see the formation of a technical triangle figure. The exit from the triangle can set the direction of trading the EURUSD currency pair for the near future.

Thus, the euro bulls need to overcome a number of serious resistance. First of all, this is the border of the medium-term descending channel (black channel) to which the price came very close at the asian session. In the case of its penetration, the next resistance will be the upper edge of the technical triangle in the area of ​​1.14200-1.14300.

From this level, you can expect serious sales of the euro, but the breakdown of the upper edge of the triangle and fixing above it will attract additional buyers and allow to continue  movement to the previous maximum at a value of 1.14700 (red horizontal level). This level is already near the upper boundary of the long-term descending channel (blue channel) and at a distance of less than one figure from the key long-term level 1.15500 (orange level).

In the event that the euro bulls fail to exit the triangle upward, the euro may continue to fall to the lower edge of the triangle and the round support level at 1.13000 (green horizontal level). Euro bears need to gain a foothold below this level in order to try to update the lows of the pair.

And do not forget that the long-term trend for the growth of the US dollar remains in force, and the search for the purchase of the dollar in the foreign exchange market remains the most correct strategy.

(No ratings yet)
Leave comments. Ask questions. Subscribe to the newsletter on the main page of the FXTAA.com and you will be the first to learn about the release of new materials on our site.
Be sensible, put stops and trade in a plus.
(Visited 103 times, 1 visits today)