I have written more than once about the correlation between the yield of US bonds and the Forex market. Yield curve – graphical representation of revenues on government bonds in relation to the maturity of each bond. The yield curve of bonds is a leading indicator on which it is possible to judge the future economic activity.

The curve of the yield curve allows an investor to analyze the relationship between bonds with different maturities.

If the curve has a normal appearance, this means that bond market participants expect the economy to accelerate and further interest rate growth. The normal slope will increase over time, as longer-term rates should be higher than short-term rates. 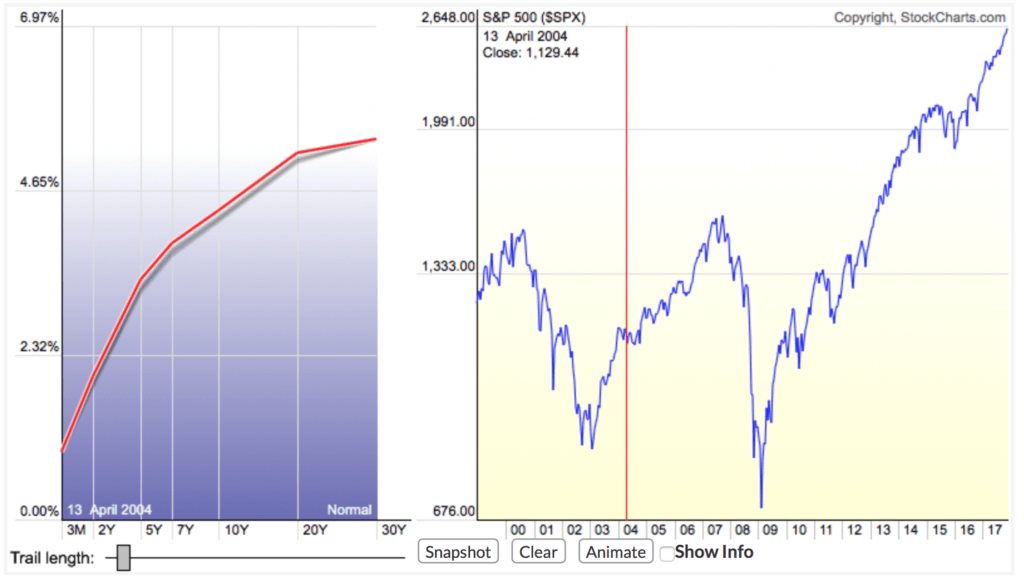 The longer the period for which the investor invests, the greater the risk he takes on himself and the greater percentage he wants to receive. Accordingly, for bonds with a longer maturity, the yield will be slightly higher than for short-term, as investors expect compensation for additional uncertainty and high volatility of long-term bonds.

The benchmark in the bond market is the dynamics of the yield curve for 10-year US Treasury bonds. Therefore, the spread of national bonds and US Treasury bonds with 10-year maturities helps to assess the likely dynamics of the exchange rate. In periods of economic growth, the steepness, as a rule, initially moves with the long end of the curve, which remains high until the tightening of the policy on the part of the Fed will lead to a smoothing, and eventually to a recession and a resumption of the cycle.

If the yield curve of bonds takes an “inverted” look (Inverted Yield Curve), market participants expect a slowdown in the economy and lower interest rates. 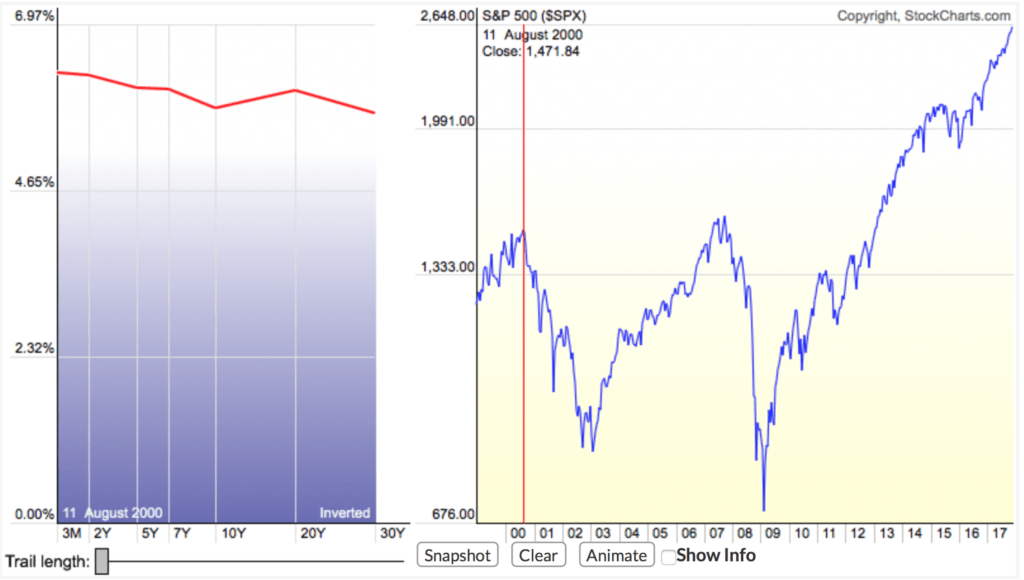 This was exactly what happened on the eve of the financial crises of 2000 and 2008.

Flattening of the Yield Curve

The yield curve tends to flatten just before the recession. It also tends to become significantly steeper during the economic downturn, when short-term rates are falling in response to the Fed’s actions to reduce interest rates.

The flattening of the yield curve is currently the main limiting factor for the growth of the US dollar. Investors fear a recession, which may be the result of a fall, including the securities market amid a tightening of the monetary policy of the Fed (look at the video above where the S & P500 flew). Stock indexes beat absolute records almost every day, employment in the economy at maximum levels and the global supply of liquidity, on the part of the Bank of Japan and the ECB in the first place, does not cut. The picture is really similar to what was on the eve of the crises of 2000 and 2008. Risk assets are in great demand and Bitcoin is an obvious example. And no one has canceled the “black swans”. Against this background, the Fed is forced to raise rates to prevent overheating of the financial sector of the economy. To deal with a possible crisis in the future, it is necessary to lower interest rates, but in order to reduce them, we must first raise them. Otherwise, a deflation situation may arise against a background of about zero rates, which can last for decades, as in Japan.

Follow the publications on our website and we will support you in the course of the dynamics of the yield curve and economic expectations of market participants.

(No ratings yet)
Leave comments. Ask questions. Subscribe to the newsletter on the main page of the FXTAA.com and you will be the first to learn about the release of new materials on our site.