“Information received since the Federal Open Market Committee met in November indicates that the labor market has continued to strengthen and that economic activity has been rising at a solid rate. Averaging through hurricane-related fluctuations, job gains have been solid, and the unemployment rate declined further. 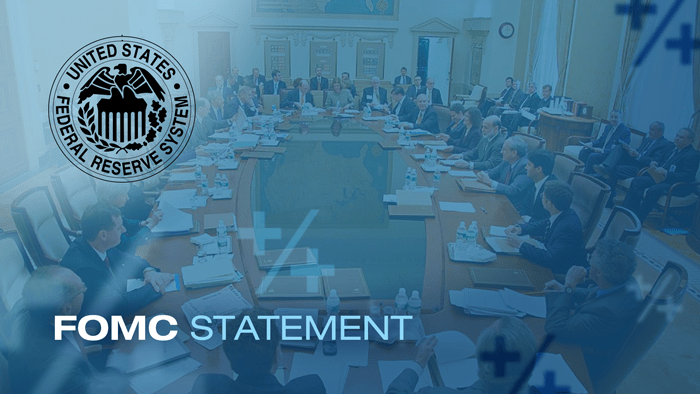 Household spending has been expanding at a moderate rate, and growth in business fixed investment has picked up in recent quarters. On a 12-month basis, both overall inflation and inflation for items other than food and energy have declined this year and are running below 2 percent. Market-based measures of inflation compensation remain low; survey-based measures of longer-term inflation expectations are little changed, on balance.

Consistent with its statutory mandate, the Committee seeks to foster maximum employment and price stability. Hurricane-related disruptions and rebuilding have affected economic activity, employment, and inflation in recent months but have not materially altered the outlook for the national economy. Consequently, the Committee continues to expect that, with gradual adjustments in the stance of monetary policy, economic activity will expand at a moderate pace and labor market conditions will remain strong. Inflation on a 12-month basis is expected to remain somewhat below 2 percent in the near term but to stabilize around the Committee’s 2 percent objective over the medium term. Near-term risks to the economic outlook appear roughly balanced, but the Committee is monitoring inflation developments closely.

In determining the timing and size of future adjustments to the target range for the federal funds rate, the Committee will assess realized and expected economic conditions relative to its objectives of maximum employment and 2 percent inflation. This assessment will take into account a wide range of information, including measures of labor market conditions, indicators of inflation pressures and inflation expectations, and readings on financial and international developments. The Committee will carefully monitor actual and expected inflation developments relative to its symmetric inflation goal. The Committee expects that economic conditions will evolve in a manner that will warrant gradual increases in the federal funds rate; the federal funds rate is likely to remain, for some time, below levels that are expected to prevail in the longer run. However, the actual path of the federal funds rate will depend on the economic outlook as informed by incoming data.”
Voting for this action: Janet L. Yellen, William C. Dudley, Lael Brainard, Patrick Harker, Robert S. Kaplan, Jerome H. Powell, and Randal K. Quarles.

Voting against this action: Charles L. Evans and Neel Kashkari.

Messrs. Evans and Kashkari dissented because they preferred to maintain the existing target range for the federal funds rate at this meeting.

In Mr. Evans’s view, with inflation continuing to run substantially below 2 percent and measures of inflation expectations lower than he believed to be consistent with a symmetric 2 percent inflation objective, it was important to pause in the process of policy normalization. Leaving the target range at 1 to 1-1/4 percent for a time would better support an increase in inflation expectations, increase the likelihood that inflation will rise to 2 percent and perhaps modestly beyond, and thus provide more support for the symmetry of the Committee’s inflation objective. Such a pause also would better allow the Committee time to assess the degree to which earlier soft readings on inflation were transitory or more persistent.

In Mr. Kashkari’s view, while employment growth remained strong, wage growth had not picked up and inflation remained notably below the Committee’s 2 percent target. In addition, the yield curve had flattened as long-term rates had not moved higher even though the Committee raised the federal funds rate target range. He was concerned that the flattening yield curve was partly due to falling longer-term inflation expectations or a lower neutral real rate of interest. He preferred to wait for inflation to move closer to 2 percent on a sustained basis or for inflation expectations to move up before further raising the target range for the federal funds rate.

To support the Committee’s decision to raise the target range for the federal funds rate, the Board of Governors voted unanimously to raise the interest rates on required and excess reserve balances 1/4 percentage point, to 1-1/2 percent, effective December 14, 2017. The Board of Governors also voted unanimously to approve a 1/4 percentage point increase in the primary credit rate (discount rate) to 2 percent, effective December 14, 2017.5

Notation Vote
By notation vote completed on November 21, 2017, the Committee unanimously approved the minutes of the Committee meeting held on October 31-November 1, 2017.