In January 2018, the Central Bank of Russia continued to buy gold for the country’s reserves. 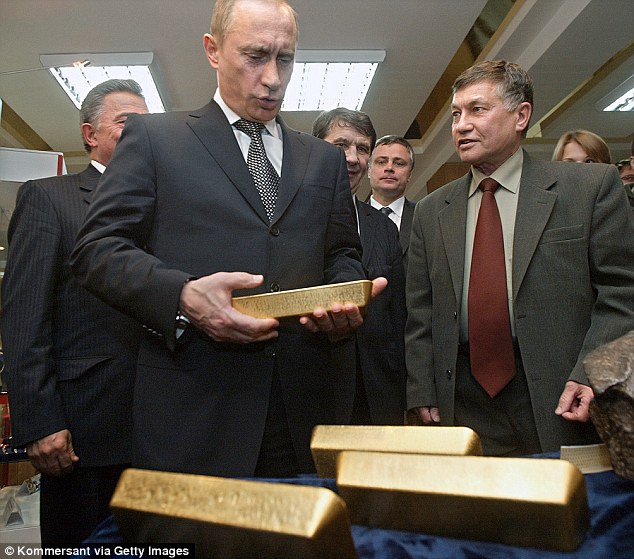 The total value of international reserves of Russia at the end of January amounted to 447.73 billion US dollars. Compared to December 2017, they have risen in price by 3.4% or $ 14.99 billion.

The cost of the country’s gold reserves is estimated at 80.38 billion dollars. At the same time, the share of gold in international reserves of Russia increased to 17.95%.

As a result of continued purchases of gold by the Central Bank of Russia, the ratio of gold reserves to GDP in Russia has become the largest among the economically developed countries.

Only three countries in the first ten have significantly increased their reserves in recent years, with Turkey being the third. The US remains the largest owner of gold with 8,134 tons, most of which is stored in Fort Knox. Germany is the second largest, with 3,374 tons, and the International Monetary Fund owns 2,814 tons. Russia came out on the fifth place in the world among the countries having the largest gold reserves, having overtaken China.

Most of the gold reserves of the Russian Federation are kept in the Central Repository of the Central Bank of Russia, located in Moscow on Pravda Street. The storage area is more than 17 thousand square meters, of which the storage area is about 1,5 thousand square meters. The central repository was established in 1940 on the basis of the State Bank of the USSR. Now the Central Repository is part of the developed system of the Bank of Russia. In addition to the main storage unit in Moscow, interregional storage facilities are located in St. Petersburg and Yekaterinburg. In general, the system responsible for the distribution of cash in the country has 608 multi-level cash management centers, each of which has storage facilities.

Storing of gold reserves is carried out mainly in gold bars weighing from 10 to 14 kg, and there are also measured ingots, whose weight ranges from 100 grams to one kilogram. In the Central Repository there are about 6100 boxes with precious metal ingots. In the event of an emergency, there is a stock of banknotes in the depository, which is stored in cardboard boxes. 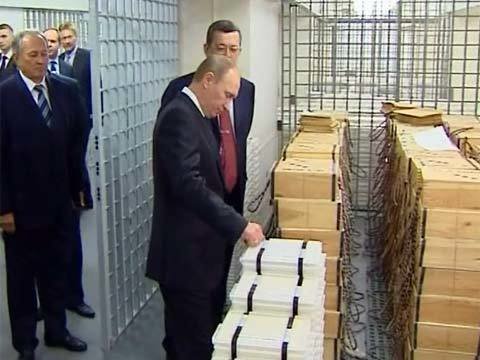 The central repository is reliably protected against all kinds of external threats. The premises are equipped with the most reliable security systems, for this reason, the Russian government does not hide information about where Russia’s gold reserves are located, and photos and videos from the Central Repository can be seen on the Internet.

About the volume of gold purchases by Russia in 2017, read this article.