Technical analysis of the GBPUSD currency pair tells us about the current extreme degree of consolidation in this pair. 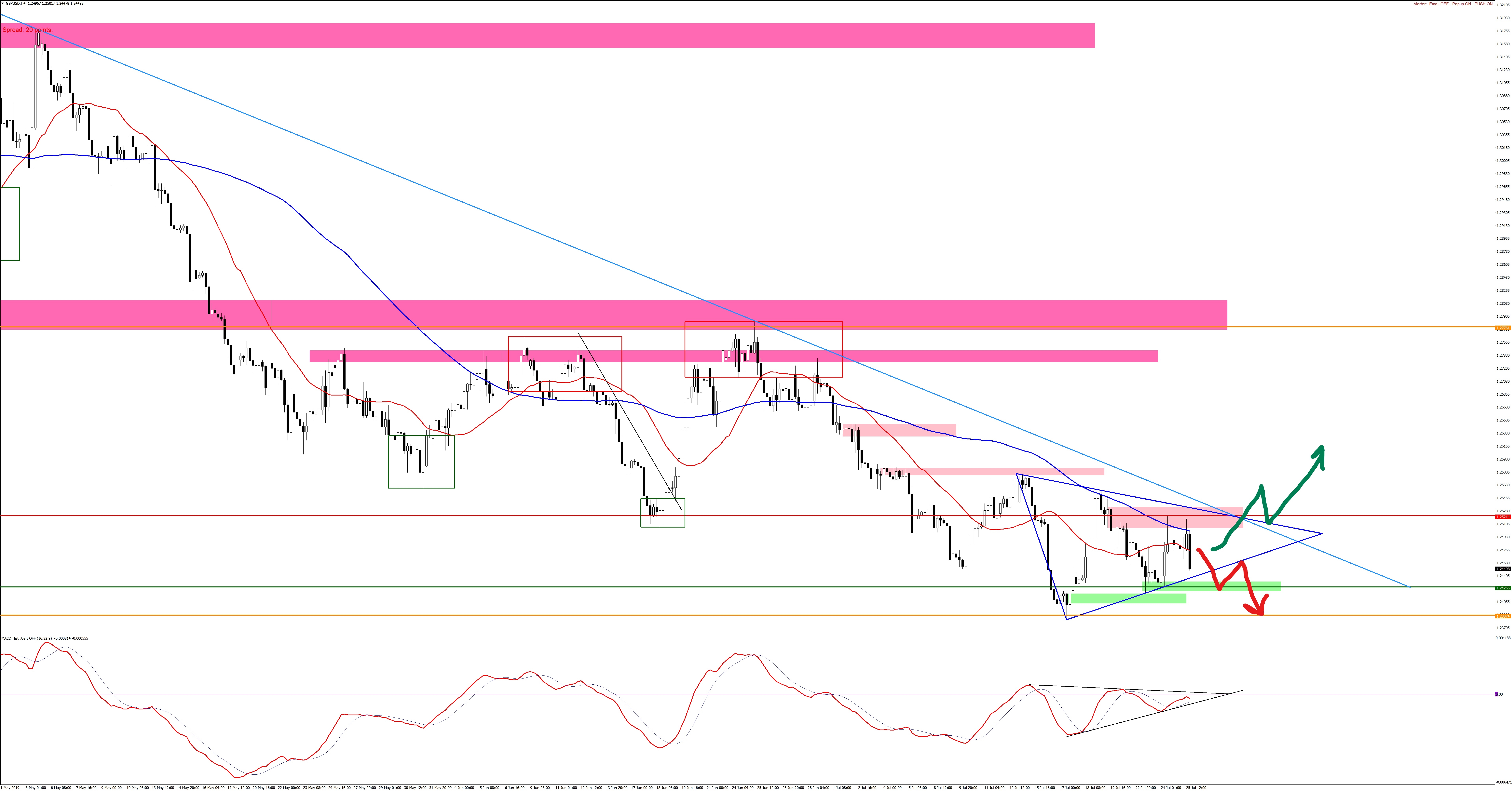 As a rule, there is a way out of any consolidation and it can be very volatile, which provides traders with good trading opportunities. END_OF_DOCUMENT_TOKEN_TO_BE_REPLACED

The last two trading days were marked by events on the front of the British exit process from the European Union. The Brexit deal is prepared and agreed by the parties. What awaits us next?

Despite today’s drop in the dollar on the foreign exchange market, the British pound (GBPUSD pair) could not overcome resistance 1.33. The day candle is closed by the inside bar. 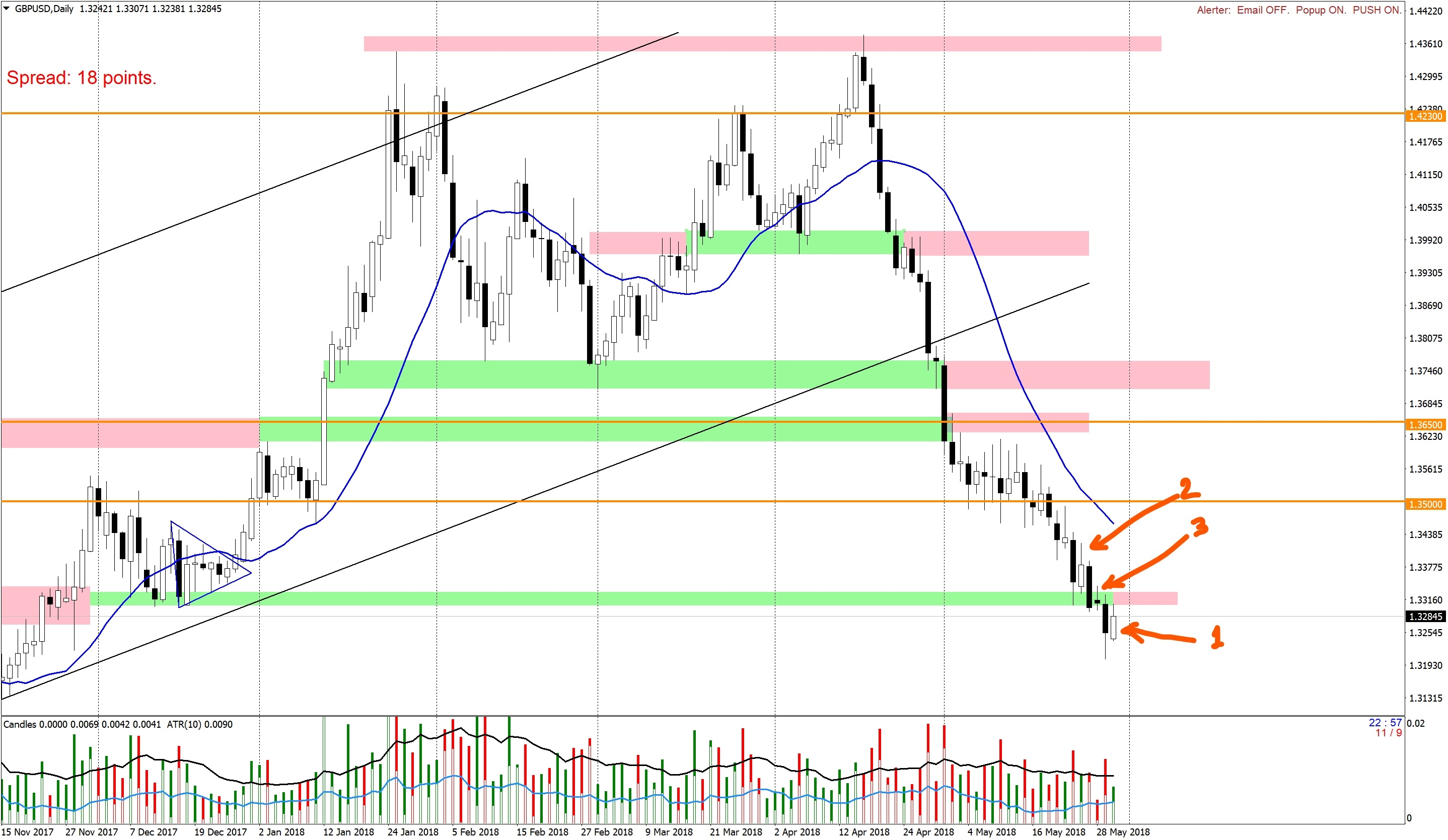 As usual, when forming the inner bar, we see the technical figure of a triangle. END_OF_DOCUMENT_TOKEN_TO_BE_REPLACED

Over the past week, the British pound consolidated in the range. The decision of the Bank of England on the interest rate did not lead to an exit from the range. 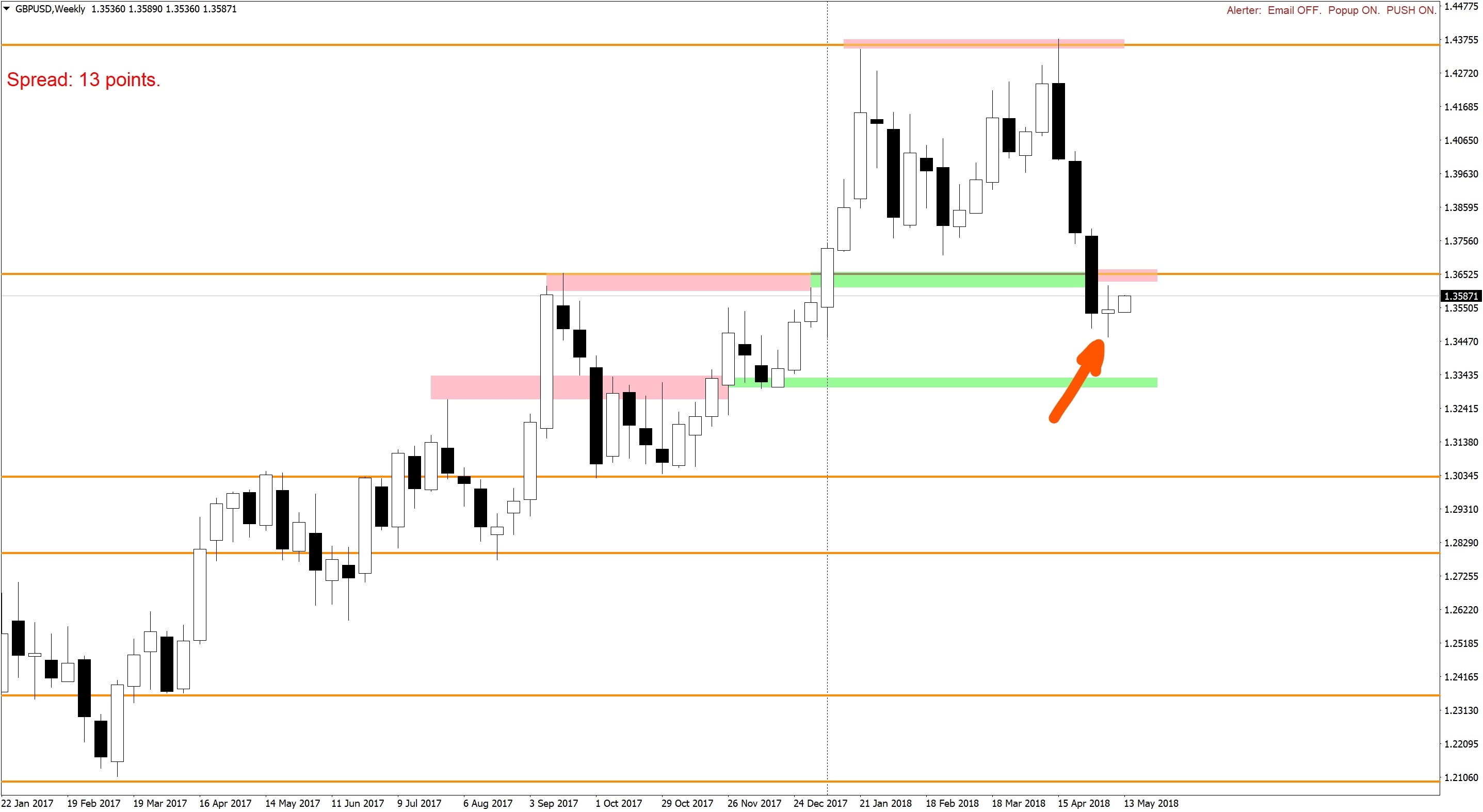 As a result of consolidation, the doji bar was formed on the weekly chart of the pair, which confirms the uncertainty of traders in the pair. END_OF_DOCUMENT_TOKEN_TO_BE_REPLACED

As a result of the rapid growth of the US dollar, the main currency pairs on forex reached key levels. 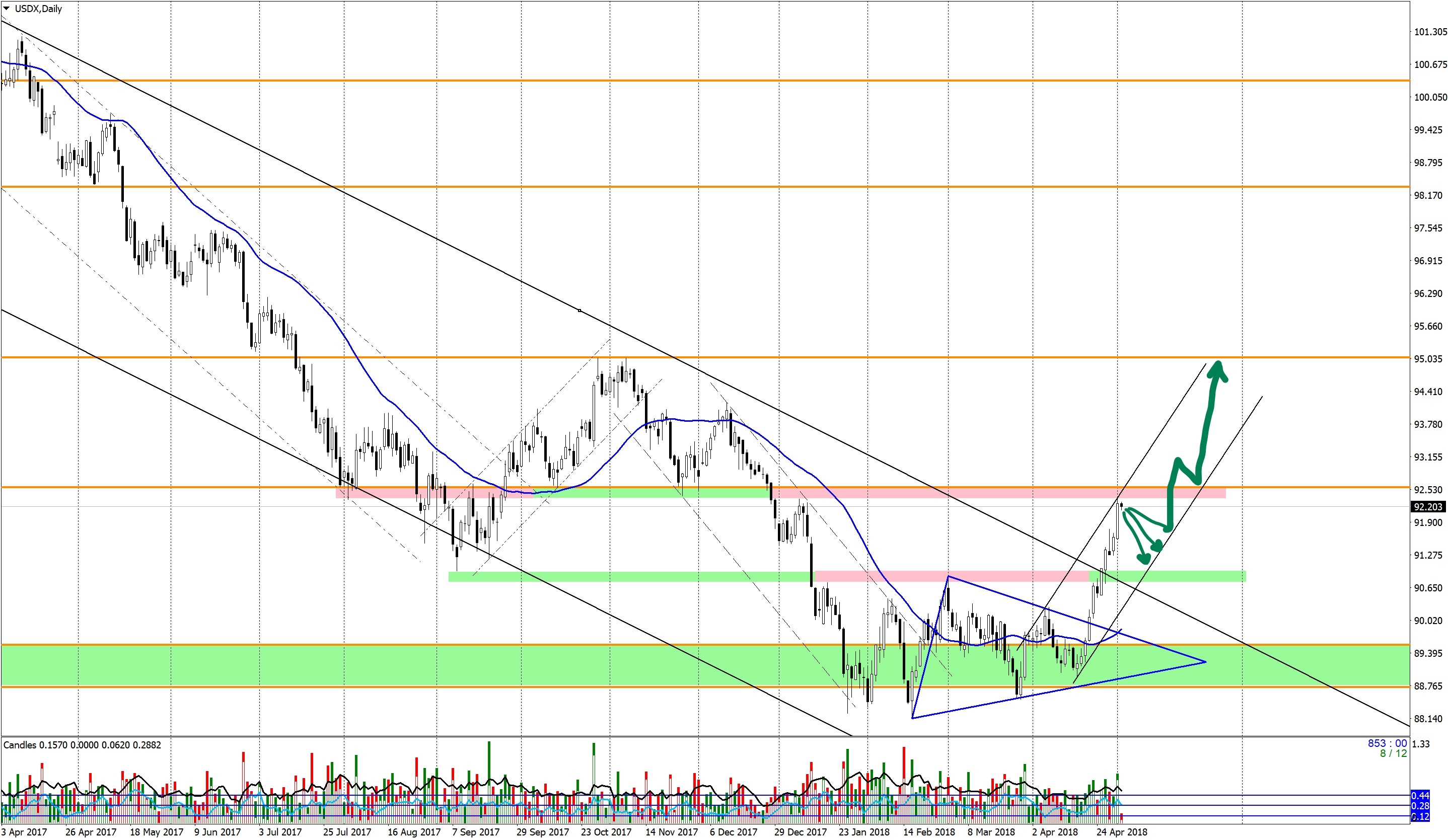 Exit from the technical figure of the triangle, the breakthrough of the mirror level of 90.850 and the exit from the long-term descending channel led to the rally on the US dollar (USDX).

The upward movement stopped by testing the next strong mirror resistance level at 92.400. 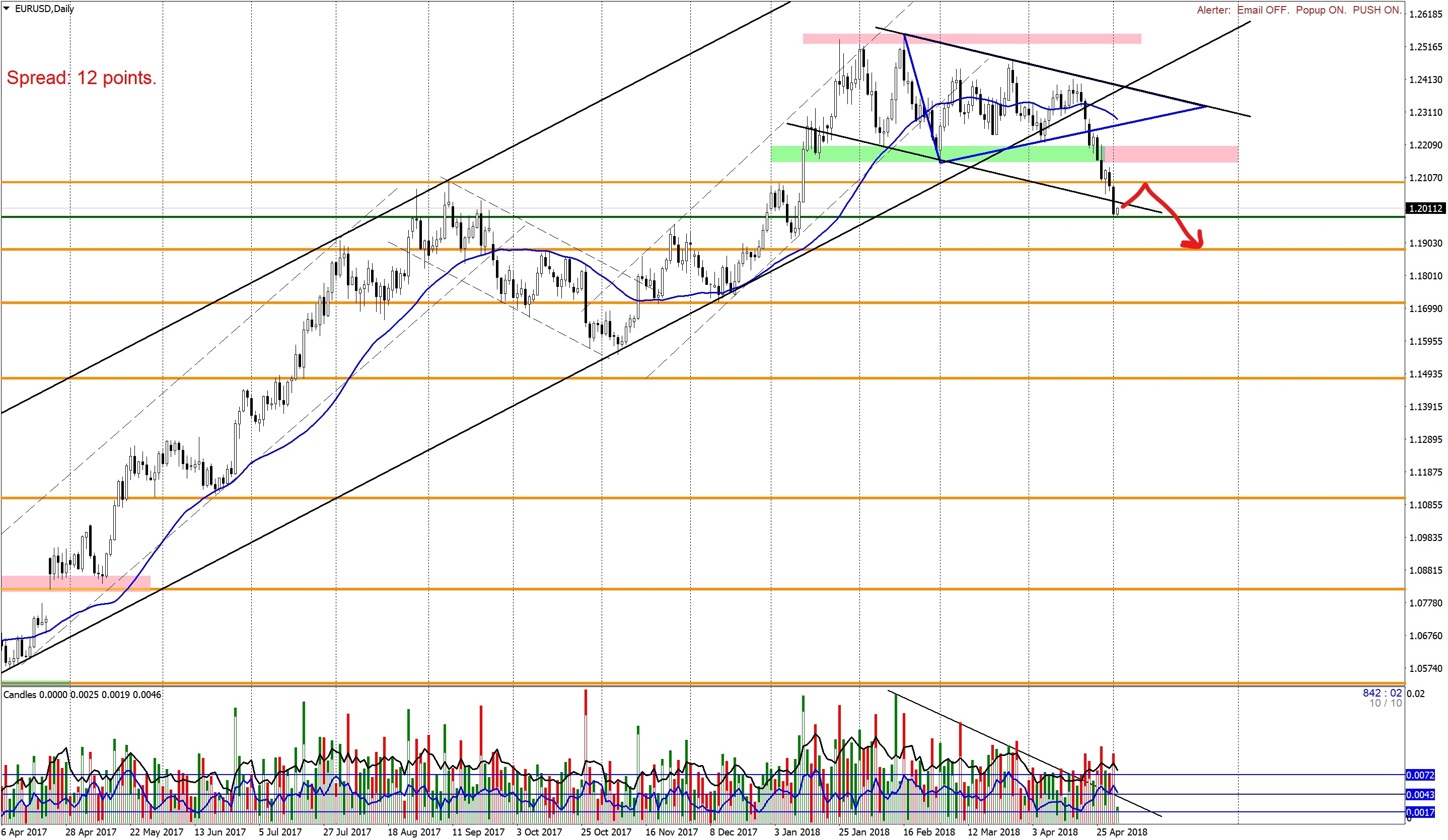 The euro after a long consolidation at the perennial highs came down from the long-term rising channel. This was also due to the breakout of the triangle down and the breakdown of key support 1,21550.

Currently, this level is a mirror resistance and with a high probability the euro can test it before continuing its decline. 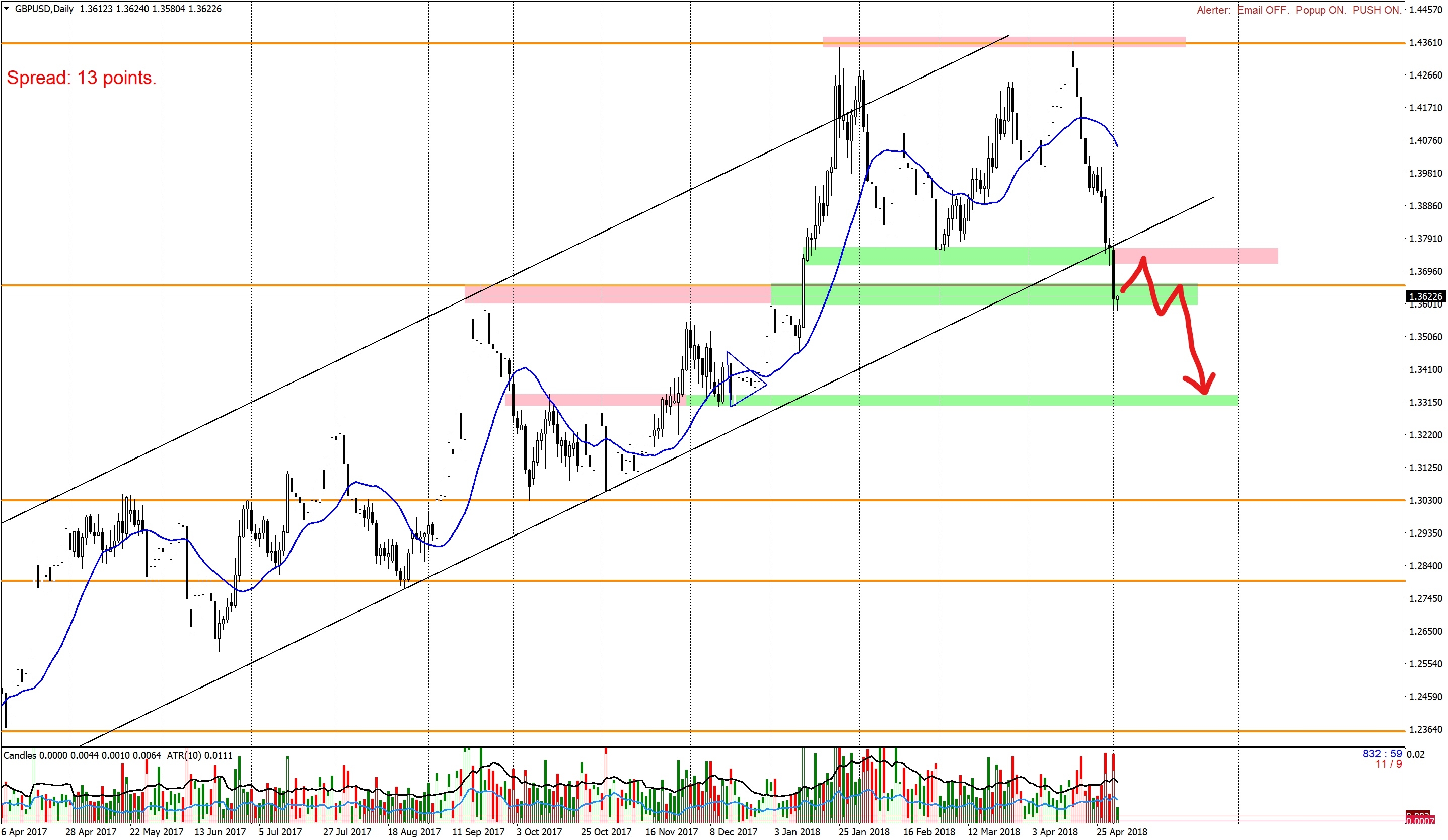 The fall of the British pound was due to poor economic data and, as a consequence, a decrease in the probability of an increase in the interest rate by the Bank of England. The pound left the growing channel for the first time in a long time and stopped only at a strong mirror support level of about 1.36.

Today, the data on the index of business activity in the construction sector in the UK is expected, but they are unlikely to help reverse the trend to reduce the pound due to extremely bad weather in the reporting period.

The Fed’s decision on the interest rate is expected this evening. Since this meeting will not be accompanied by a press conference, experts do not pawn the possibility of raising rates on it. The main attention will be paid to the accompanying statement to the decision. In the case of a more rigid position of the regulator, one can expect a continuation of the trend towards strengthening the US dollar.

Let me remind you that the latest data on inflation in the US, although it showed a slight slowdown in inflation over the past month, annual inflation reached target 2.0%. This gives all grounds for raising the rate at the next meeting.

Correction on the dollar, which we are observing today, is quite possibly connected with the fixing by the bulls on the dollar of profit in the lead-up to the Fed meeting to reduce risks.

We continue the technical analysis of the GBPUSD pair, started 2 days ago in the article “GBPUSD: triangle on the chart.” To understand what it is, be sure to read the previous article. In accordance with our analysis, the pair began an upward movement. 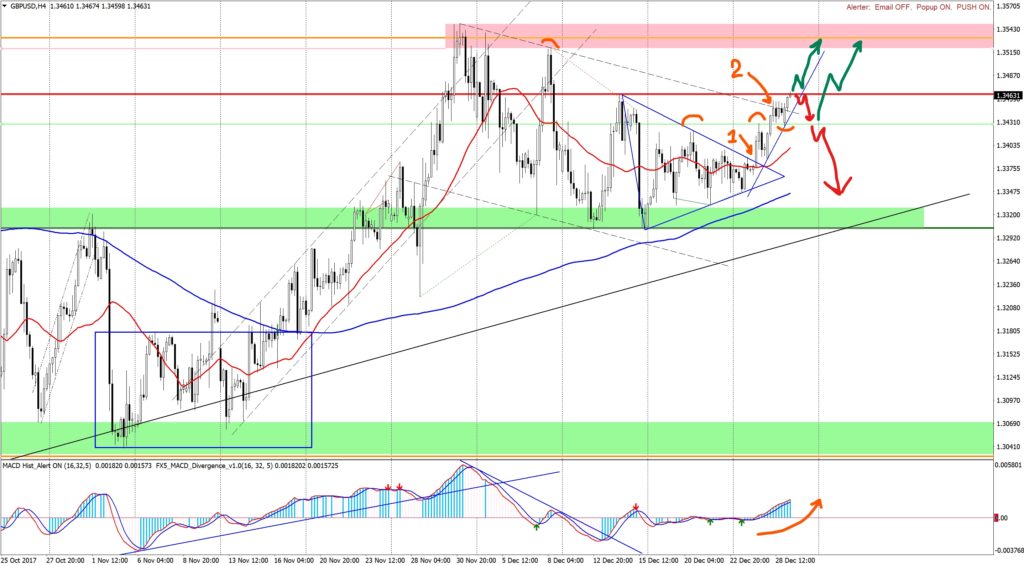 At point 1, the pair emerged from the consolidation and the formed triangle, breaking through the upper boundary. END_OF_DOCUMENT_TOKEN_TO_BE_REPLACED

Consolidation on the GBPUSD pair led to the formation of a technical analysis figure – a triangle. 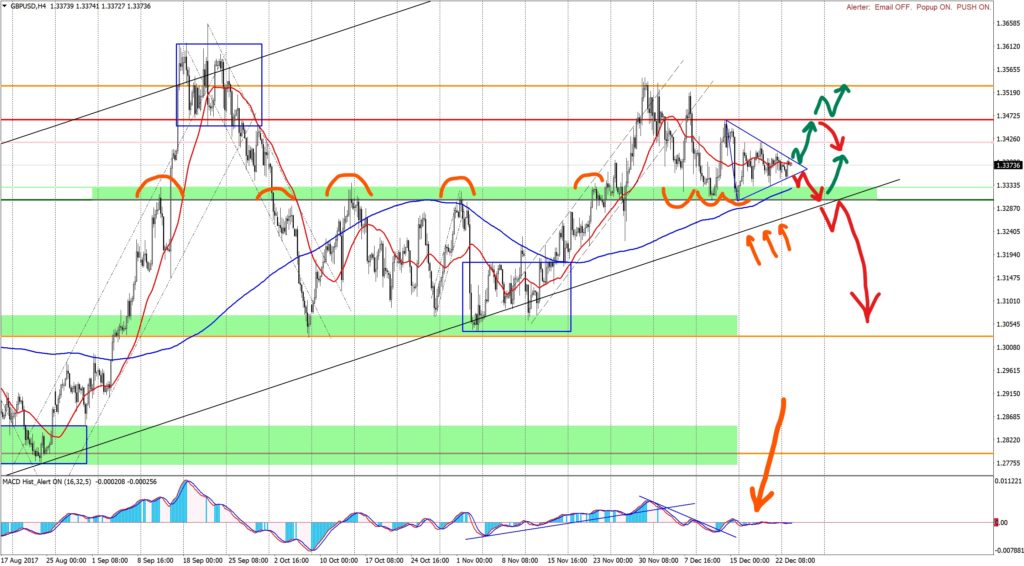 UK GDP data came out somewhat more positive than expected. On these data, the pound rushed up. 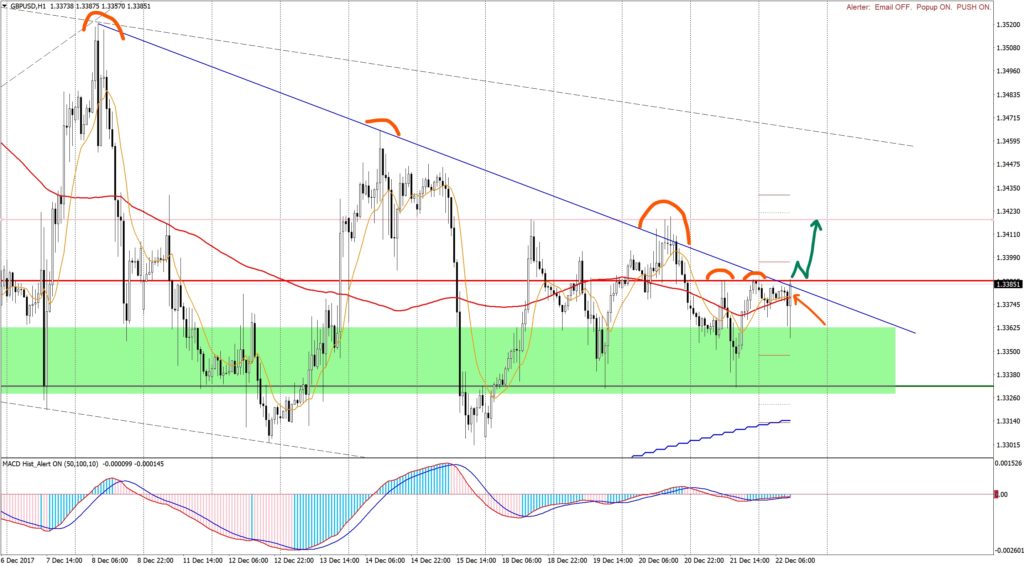 Especially important is the recalculation of GDP for the previous month to a value of 1.9%, which brought the annual figure to 1.7%. END_OF_DOCUMENT_TOKEN_TO_BE_REPLACED

The Bank of England’s Monetary Policy Committee (MPC) sets monetary policy to meet the 2% inflation target, and in a way that helps to sustain growth and employment.  At its meeting ending on 13 December 2017, the MPC voted unanimously to maintain Bank Rate at 0.5%. 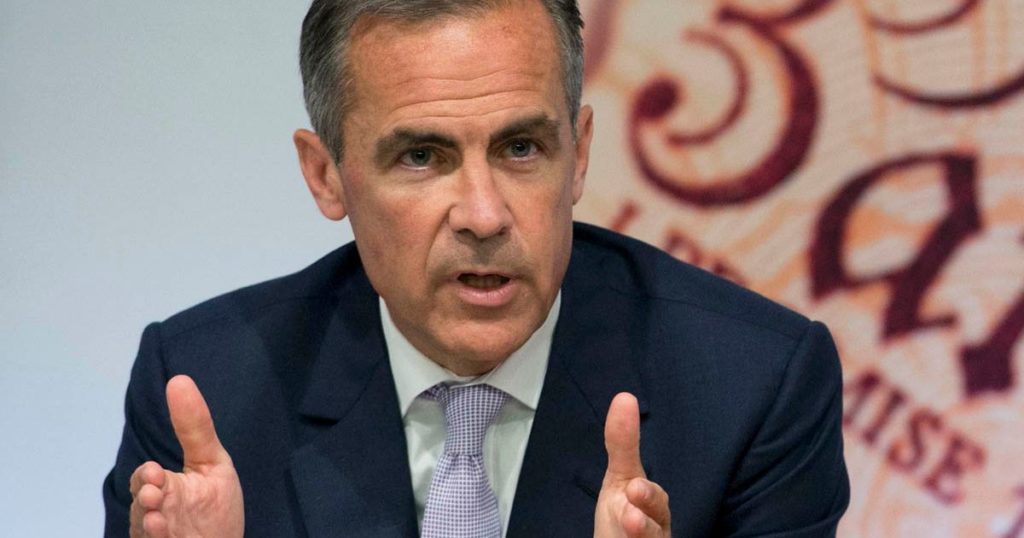 CPI in the UK rose by 3.1 percent in the year to November 2017, following a 3 percent gain in the previous month and beating market expectations of 3 percent. It was the highest inflation rate since March 2012, mainly due to rising prices of transport, leisure activities, restaurants and hotels, housing and food.

Despite the Bank of England raising the key rate at the last meeting, inflation is at levels well above the target of 2%. I do not expect any sharp moves from the Bank of England at the upcoming Thursday meeting, but we must closely monitor the mood of officials. END_OF_DOCUMENT_TOKEN_TO_BE_REPLACED

There was a contradictory technical picture on the GBPUSD currency pair. The market is waiting for a final decision on the UK-EU deal within the framework of the current EU summit. 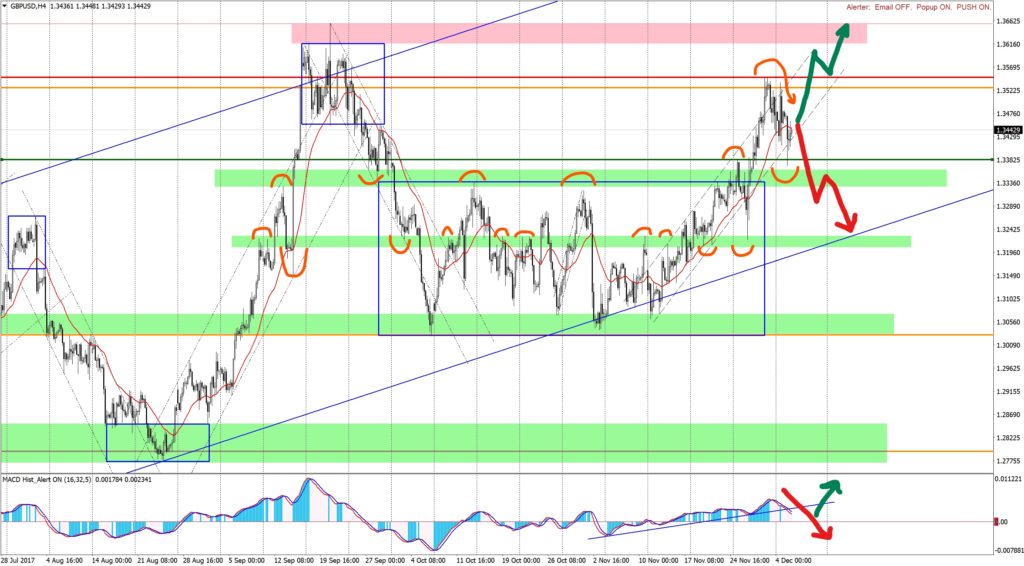 GBPUSD is in a growing trend and is moving within the rising channel. Within the framework of the long consolidation (blue rectangle), which lasted 9 weeks, a number of mirror support levels for the pair (light green zones) developed. This is a strong daily level of 1.30500, a level of 1.32200 and a mirror level of 1.33400, which was a resistance during the consolidation period. END_OF_DOCUMENT_TOKEN_TO_BE_REPLACED 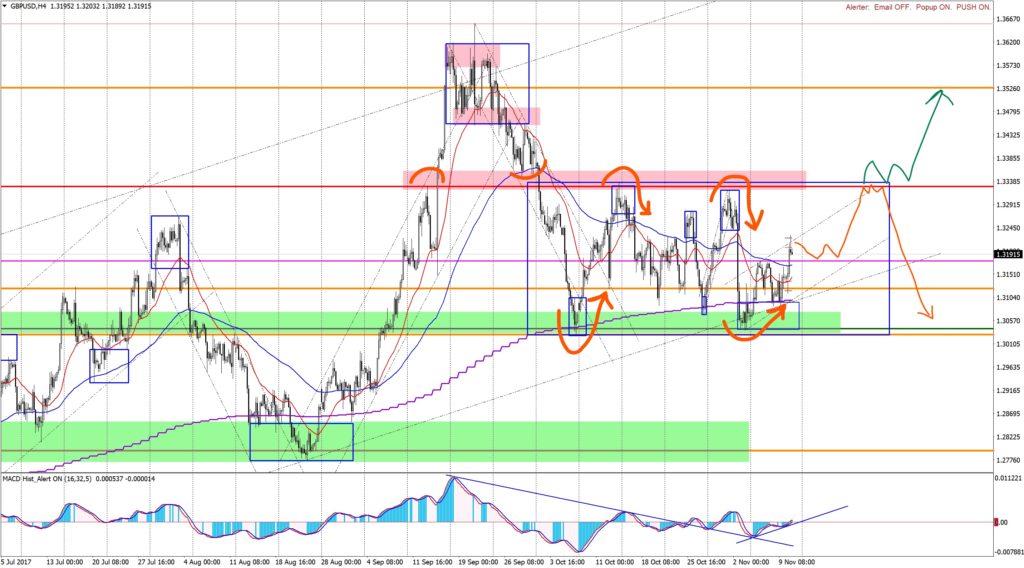 Last week, the pair finished exactly in the middle of this range, breaking short-term resistance at 1.31800 and forming a short-term up channel. END_OF_DOCUMENT_TOKEN_TO_BE_REPLACED 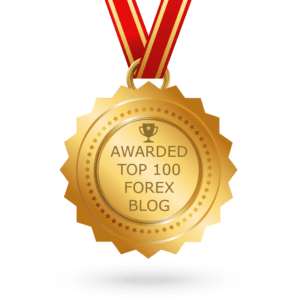